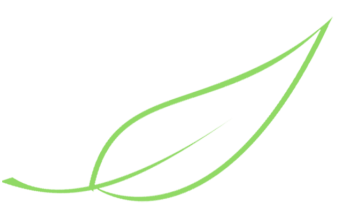 Fountain Valley, California – September 29, 2017 —  Moving iMage Technologies announces an expansion to its “green energy” product line with three new products and improvements to existing products, all debuting 4Q 2017. David Richards, Moving iMage Technologies SVP of Engineering commented, “The introduction of LED-based lighting in theaters has rapidly become an important aspect of our Green product line. The new technology has everyone scrambling to take advantage of the tremendous advantages it offers in efficiency, appearance, and reduced maintenance, which all translate to lower operating cost for the exhibitor.”

The new MiT product additions and improvements include the following:

8” Architectural LED Fixture (ALF-8) 2018 model. This product was introduced in 2015 and continues to be refined to add features. New additions to the technology for the 2018 model include a feature called “Virtual 2-channel™,” a user selectable option that allows both lighting channels to be controlled by a single 1-10V control line. Another feature is called “AutoNox™” which completely extinguishes each lighting channel when its control voltage is reduced to the minimum level. Other design improvements have increased dimming ratio from 1000:1 to over 2000:1.

4” Architectural LED Fixture (ALF-4). This new fixture is a 4” diameter round downlight luminaire intended for T-bar ceiling installation. The fixture uses the same proven LED and driver components as its 8” big brother, including MiT’s new 2000:1 dimming, and a projected 50,000 hour lifetime at full output. This new fixture is intended for aisles, entranceways and exits where a narrow illumination beam is desired to minimize spill light. It uses a 36VDC, 15W, 2700°K LED module as standard but may be customized with a lower wattage or different color temperature LED.

Architectural LED “Split Personality” Sconce. Another new product that leverages the MiT 2-channel LED driver – by day it’s a conventional-appearing, slim footprint, 30VDC, 30W wall sconce. But activate the second channel and it can adopt a variety of different “personalities.” The second channel may be a different color light. Or it can be a rear-facing LED module to throw light on the wall behind the sconce for indirect illumination. The second channel can also be used to project an image (e.g., your logo) on the wall from a gobo. Dual mounting modes include conventional wall mounting as well as suspension from a T-bar ceiling grid.

Demand Controlled Ventilation system (DCV). This product has also undergone refinement since its initial introduction in 2016. The product automatically shuts down projector exhaust fans when not needed, saving expensive conditioned air and reducing energy costs. The production model now available incorporates microprocessor control to adjust the exhaust fan speed based on projector activity as well as ambient temperature, humidity, and fire alarm status. It can provide status feedback to users via a network interface.

Moving Image Technologies (MiT) is a manufacturer and integrator of purpose built technology and equipment to support a wide variety of entertainment applications with a focus on motion picture exhibition. MiT offers a wide range of products and services such as custom engineering, systems design, integration and installation, enterprise software solution, digital cinema, A/V integration as well as customized solutions for emerging entertainment technology.  MIT’s Rydt Entertainment Systems Division provides turnkey FFE solutions for new construction and remodels to include procurement, design, consulting, installation and project management.  Based in Fountain Valley California, our 28,000 sq ft facility is home to our corporate offices, engineering, manufacturing, distribution, integration as well as service and support divisions. Our primary manufacturing and warehouse location is augmented by a global network of service partners & OEM manufacturers.